Where to Dine, Where to Stay & What to Do

How do you pronounce “Louisville”? 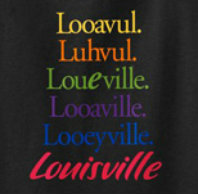 See Yelp for the latest recommendations and ratings.

Kentucky Center for the Performing Arts

See Things To Do In Louisville on Tripadvisor. 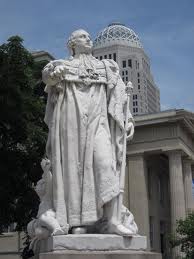 The City of Louisville was founded in 1778 by George Rogers Clark and is named after King Louis XVI of France. Statue of King Louis XVI at the corner of 6th and Jefferson Streets in downtown Louisville.

“Happy Birthday to You“ was written by sisters Mildred and Patty Hill in their Louisville kindergarten class. Originally called “Good Morning to You,” it was later changed to this tradition birthday anthem.  Warner Music Group currently owns the copyright to the “Happy Birthday” song.

The Cheeseburger originated at Kaelin’s Restaurant on Newburg Road. In 1934, Margaret Kaelin’s husband asked her to put a slice of American cheese on his hamburger and the legend was born.

The Official Seal of the City of Louisville reflects its history and heritage – the fleur-de-lis represents French aid given during the Revolutionary War, and the thirteen stars signify the original colonies